Why a Vom Cranberry Creek Dog?

Both Mike and Wendy are VDD-GNA performance judges, and they host VJP, HZP and VGP tests at their home. The dogs that come from Cranberry Creek are versatile hunting dogs that work on the game preserve everyday of the year. They might be used in the morning for horseback hunts for falconry and blood tracking in afternoon/evening. They might be duck hunting and have to transition into a grouse hunt within a short truck drive. These dogs transition to whatever is expected of them. We also use the dogs as workers for blockers and drivers to move and catch birds on the Cranberry Creek Gamebird’s end of the business when we are filling bird orders. 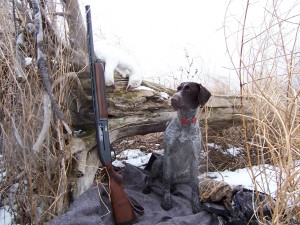 Our dogs live in the house and are great companions. They are very loving, and friendly with people. It’s important to have dogs that are good with kids and our dogs are excellent with kids. They are intelligent, and they are also very high scoring, performance dogs. We do many hunts with handicap hunters and mentoring youth to the aspects of dogs and hunting.

All three of our female bitches have run the VGP advanced test and all three have received a Prize I, which is the top prize possible. Two of the three received honors in their water work. The “A” litter that was produced was one of the highest scoring litters in 2004. Britta vom Cranberry Creek from the “B” litter placed 20th in the Hegewald International HZP in Germany in 2008. Cisco, from our “C” litter, was the one of the highest scoring dog in North America in the VJP and HZP in 2009. Our dogs also are either sichlaut, spurlaut or both. This means they are loud on either sight of game, or scent of game, or both. This is a desired trait, and is required to be eligible to run optional 24 or 48 hour blood track tests.

Most breeders do not run their dogs in the advanced VGP optional test. Instead they opt for completing the minimum testing requirements for breeding. The VGP is a full two day test, but truly is the overall test of ability, endurance, and mental stability of the dog. We believe and will not do a breeding until we can see the full potential of a dog until they complete a VGP. We feel this test brings out the dog to its full potential.

It is very important that we sell our puppies to hunting families. If you do not plan to hunt the dog, this is not the right breed of dog for you. We will not sell one of our pups to a non-hunting family. We want to get to know you, and understand more about your personality, what type of hunting you do, and your family situation. This is an interview process for you to us, and us to you, that will help each of us determine if a vom Cranberry Creek dog is right for you. This interview process is also used to helps us match a puppy to the owner based on type of hunting to be done, personality, and other traits you have expressed to be important to you. We reserve the right to end the purchase process at any time if we deem it to be in the best interest of the buyer or the dog.

It’s also important to choose a dog that is good with kids. All of our dogs are excellent with children.

To purchase a puppy, we require a $250.00 refundable deposit, with the balance due upon delivery. We spend a lot of time with the puppies to ensure that excellent socialization takes place in the first eight weeks. We encourage puppy owners to come once the puppies are born and be part of the process of the imprinting and socialization. This is one of the tools we use to know each puppy’s personality and the interaction with the owners. We understand that sometimes distance and other limitations will prevent this from happening so we are sending video or pictures on a daily and weekly basis. There are also many hours of phone conversations on puppy updates and progress.

If you are interested in a “vom Cranberry Creek” puppy, we would prefer to meet you and invite you to come see our dogs, shoot some birds, see our facility, and meet us. For more information give us a call at (715) 570-1013, or email us at mwhack@wctc.net 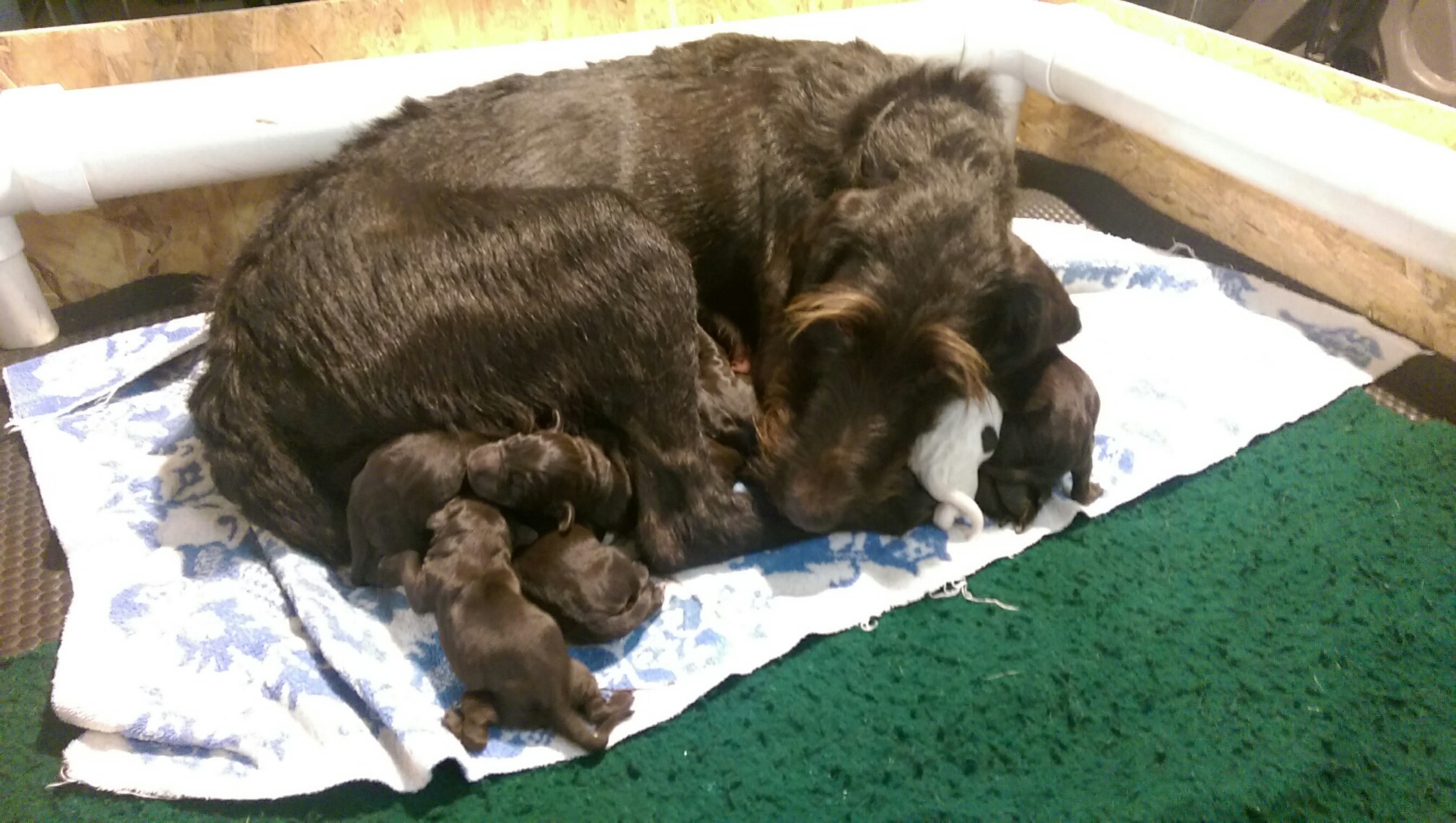 What Comes With Your New Puppy:

Our expectations of a puppy owner:

First and foremost, we expect that you give the dog a good hunting home. This encompasses many facets, including providing a loving, comfortable environment, proper medical treatments, respectful handling of the dog, as well as training and testing the dog in VDD testing system. It is very important for you as an owner and us as breeders, that you run the pup in the VJP and HZP tests. We also highly recommend running the dog in the VGP, utility test. You will benefit by having an obedient dog, a trained hunting dog, and great companion for many years. In addition you will meet many new friends, and will be doing your part to ensure that the Verein Deustch Drahthaar continues to be the excellent breed that it is.

These tests provide us, as breeders, the necessary and valuable information as to the type, and quality, of dogs we are producing and you with most powerful, useful hunting companion you will ever have! If however, your intentions are to put this puppy in a kennel and only work with this puppy occasionally, please do us both a favor and find a different breed and/or kennel.

What you can expect from us:

You will end up with a very friendly, passionate hunting dog! We are here to help you succeed with your hunting companion! We will assist you as much as possible with your training. Once you get a dog from us you are a lifetime friend and want to share in your hunting experiences and stories!